By amending its laws, Thailand became the first far-east country to join the list of nations that legalized medical cannabis. The decriminalization is limited to the research and development under license from public institutions and consumption with a medical certificate.

Under the new law, people with health conditions can consume medical marijuana to treat their symptoms. Their access to the newly lawful drug is conditional to producing a prescription by a properly licensed medical practitioner. The new legislation also specifies that patients cannot exceed and carry on person from the specified physician amount. The new law is all set create a new vibrant industry in the country and has wider implications that are discussed below.

Cannabis as medicine, not for recreation

The purpose and scope of recent legislation are very clear. It intends to allow cannabis for medical purposes only. People cannot use marijuana for pleasure. Any consumption in violation of the new Narcotics Bill may result in a one-year jail term and a fine of 20,000 baht (USD$ 600).

Clearly, lawmakers are looking to promote the medical marijuana industry while they are equally concerned about the drug’s potential abuse. As a result, the recent marijuana liberalization in Thailand comes with a set of regulations meant to prevent the illicit use of the plant.

The legislators’ reflected their intents to support medical marijuana by shifting licensing authority from the Public Health Ministry to FDA. It is a significant move since it replaced a difficult case-by-case slow approach of drug approval by the ministry to mass licensing by the FDA.

Under new regulations, the FDA treats marijuana no differently from other lawful drugs and adopts an easy routine approach to issue licenses. Without FDA licensing marijuana is an illicit drug. Anyone found in possession of 10kg or more with an intent to sell can get 15 years in prison and a fine of 1.5 million baht (USD$45,000).

Apparently, the focus of Narcotics Bill is on the medicinal use of cannabis. As a matter of fact, the implications of the new legalization bill go far beyond the use of cannabis as a medicine.

Broadly speaking, this bill intends to spur a number of economic and social changes. The new bill is meant to uplift the socioeconomic conditions of the low-income rural folks.

At the economic front, it supposed to create new employment opportunities. Particularly, the rural population with an additional cash crop would have more income generation opportunities.

With the new laws, the policymakers are looking to transform Thailand as a buzzing new medical cannabis tourism destination. These early moves would help Thai companies to establish as regional players to produce, distribute, and market medical marijuana products.

After the cultivation cannabis is dried and cannabinoids are extracted in specializing facilities in the form of oil or sometimes crystals. Crystals are used to produce cannabis infused eatables such as creams, gummies, candies, and drinks.

There are endless production opportunities. In marijuana legal countries pet products make a significant component of the cannabis market.

As noted earlier, cannabis plant consists of over 100 cannabinoids and the medical effects of marijuana are shaped by these compounds. The two most prominent of them are TCH (the psychoactive component that gets you high) and CBD (found to have therapeutic attributes.) The researches are investigating the influence of each of the cannabinoids in isolation and in combination with other plant compounds. The research shows that cannabis compounds work well together which is known as the entourage effect.

The decades long illegal status of the plant has prevented the scientific research to fully determine the medical benefits of the marijuana. The World Health Organization (WHO) states, “the health consequences of cannabis use in developing countries are largely unknown because of limited and non-systematic research.”

The recent legislation in Thailand allowing research and development activities to investigate the plants’ effects on health would validate, refute or amend the claims of cannabis health and therapeutic benefits.

Given the importance of this budding industry to the national economy, the Thai government is very keen to provide national players a level playing field. Realizing the superiority of foreign firms in terms of capital investment and technological advancement, the lawmakers have explicitly excluded foreign companies and foreign majority companies incorporated in Thailand. Under the new law, they are prohibited from producing, selling, importing, exporting, and processing cannabis.

Drawing inspiration from ‘Thailand first’ sentiment, the lawmakers have attempted to place national companies and individuals in a position to bet exploit the emerging opportunities.

Value addition from the foreigners

Despite the restrictions on foreigners to operate in the nascent Thai cannabis industry. The laws are regarding the ban on them are not absolute and provide a few exceptions. Acknowledging the foreign technical know-how dominance, the law provides for the ways where foreign cooperation can result in value addition to the national industry.

First exception build in the law is meant to promote the weed medical tourism. Under the law, travelers coming in and out of Thailand can be treated with marijuana.

The second exception also relates to the government’s efforts to promote Thailand as one of the world’s major tourism destination. Under the law, international airlines, ships, cruise ships and other cross-border vehicles can apply for FDA license to carry a certain amount of marijuana required as first aid or emergency treatment of the passengers.

Under certain circumstances, foreign companies established under Thai law can qualify for licenses to produce, sell, import, export, and process marijuana. For this, at least two-third of foreign companies’ directors need to be Thai as well as two-thirds of capital should be owned by Thai nationals. The lawmakers seemed convinced that by allowing one third ownership to foreign nationals, they have provided for a widow through which the transfer of some technology and know-how for developing marijuana-based pharmaceutical products for local distribution and export would flow.

Overall, the entire legislation is seemed to focus on developing and promoting a marijuana industry which can contribute maximum to the national economy. 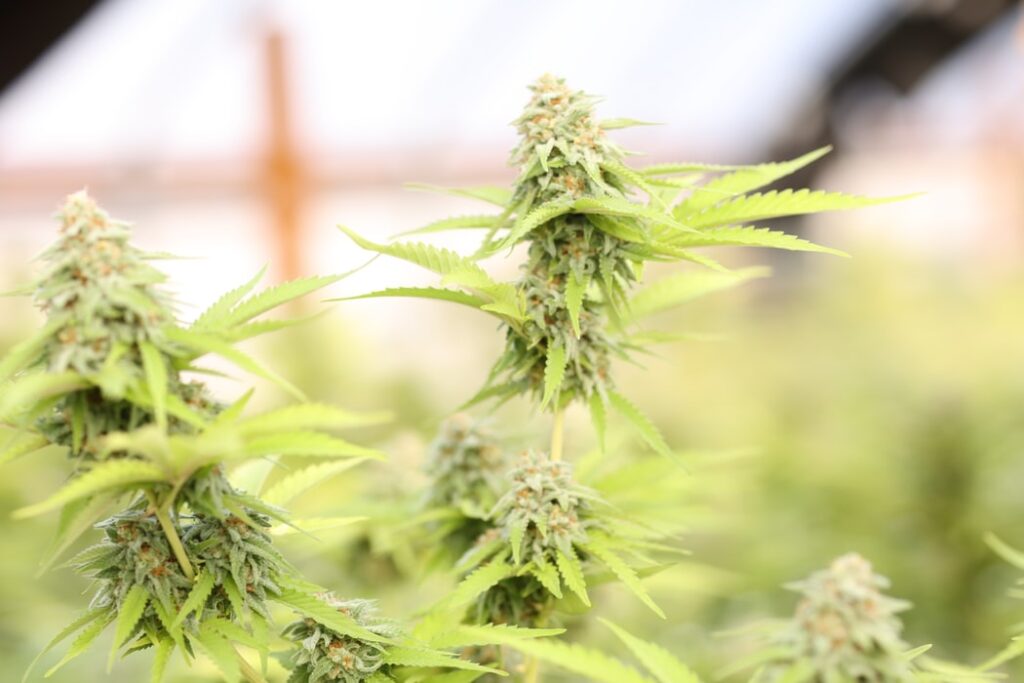 There are multitude of opportunities to position cannabis products in the market. Setting eyes on the entire value chain such as plant genetics, cultivation, extraction, production, manufacturing, and branding requires the commitment of huge capital investments. It could be more practical to focus on one part of the value chain. There are more than 60 identified business opportunities within the cannabis ecosystem.

The key to success lies in making solutions or products that can address the market demand. However, the industry players need to set their execution in line with the regulations and the capacity of regulators to handle a new industry. By moving first, businesses can establish a first-mover advantage, but pioneering costs attached to it must remain in focus. It is critical to observe the pace of regulations and business fundamentals.

Heading forward with the policy of licensed use of marijuana to promote different ailments, the Thai government opened two full time clinics dispensing cannabis oil for medical treatment. Eyeing the economic potential of the cannabis, Thailand is amending its traditionally harsh anti-drug laws.

One report by Prohibition Partners estimated the worth of Asia’s cannabis market would be $5.8 billion by 2024.

What is a way forward to the cannabis legalization? Would Thai government legalize weed completely allowing its recreational use? The answers to these questions are hard to make. However, the government’s intentions to tap the economic benefits of this lucrative emerging industry along with popular support for the marijuana legalization hint that such move can unfold in the future. According to Bangkok Post, the results of a recent poll shows that more than half of the surveyed Thai nationals supported full legalization of the cannabis.